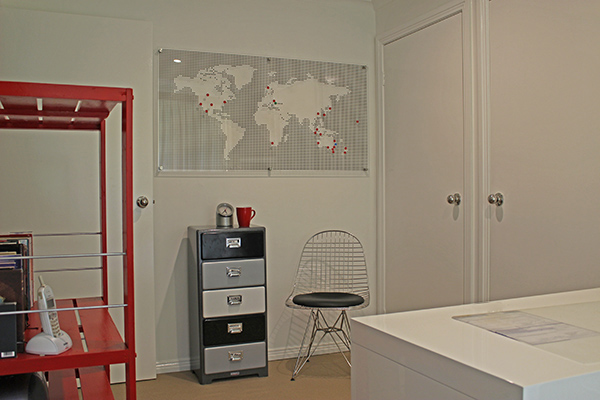 Recently I completed the fit-out for my husband’s home office. The concept for this project is encapsulated in the word “INFLUENCE”. His management consulting business specialises in Not for Profits, specifically churches, and involves travel to many cities around the world, so his sphere of influence is a global one.

A bold red bookcase painted in Dulux Red Box really provides a wow factor however achieving a wow factor doesn’t have to be just visual. At I for Style we like to incorporate an emotional wow factor into our designs.

The world map has three different coloured dots. The red dots represent the cities where his clients are based. The blue dot is home base in Sydney and there’s also a  green dot………. 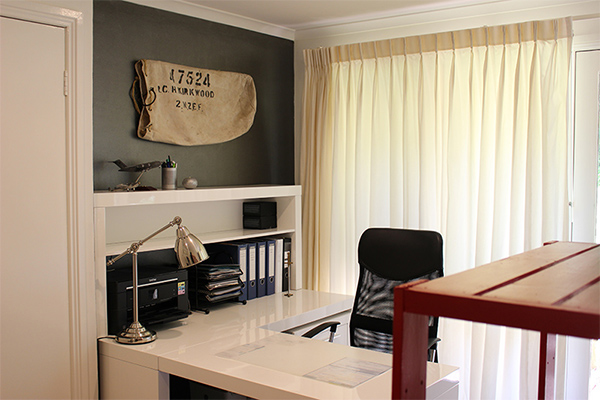 In recent years he’s developed a keen interest in his late father’s involvement in WW2. As a mechanical engineer, his dad would go out under enemy fire and retrieve trucks for servicing. Soon after he returned from the war, he was awarded the Military Medal for bravery.

Recently some personal items related to that time including a kit bag, standard issue for each soldier and also a pencil sketch of his dad drawn by a fellow soldier, were unearthed. The green dot on the map?  That’s where his dad fought in Casino, Italy. 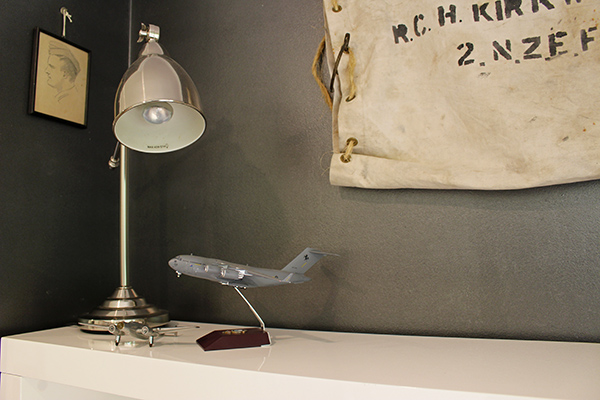 On another wall a metal cabinet showcases models of all the planes hubby has flown in. Beside it are two framed documents, one being an account of flight 93 that went down in a field in Somerset County, Pennsylvania on 9/11.

We had the privilege of being there a few years ago and it was very sobering to stand on that same spot and see so many personal items belonging to the crew and passengers tied to a makeshift wire fence.

The volunteer who met with visitors each day was one of only three eye witnesses. The other two were unable to talk about it at that time but this brave man, who had a very pronounced stutter, stood up and gave an account of all that had taken place.

The fact is that all of us have influence. Let’s use it for good!

Photos: I for Style

Categories: I for Style Interior Design